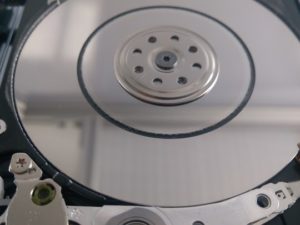 CSSI India data recovery Lab received one old Buffalo Pro Duo Network drive box having two drives. Which was configured with some RAID configuration and both drives had physical issue. First drive was badly damaged and its platter was scratched. The second drive was having weak head and that was also not accessible. In this situation we need to make live the second drive only after that we came to know Raid configuration.
We replaced the weak head and repaired the second drive. After creating successful cloning of source drive  and we did XFS data recovery . The NAS box was having XFS file system.Initially client was not sure regarding the Raid Configuration and after getting access the second drive , our engineers came to know that we can recover its complete data from a single drive. Because NAS was implemented with RAID 1 configuration. As in RAID 1 the data was mirrored on both drives and in situation of any one Drive failure , we can get the data back.
At the end client said wow after getting its complete data.